Who writes this stuff, anyway?﻿ 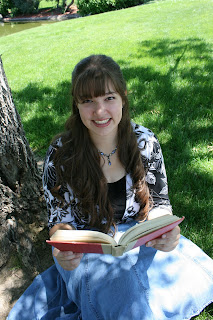 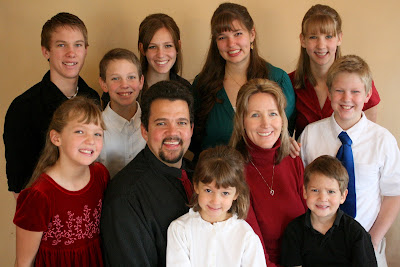 And this is my family. 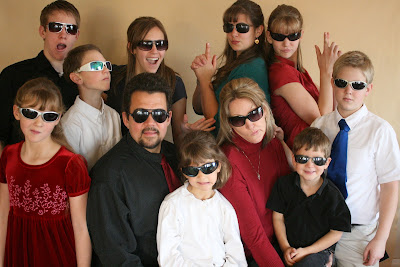 About Me: My name is Andrea Grace. I was born on October 28, 1992. That means that, at the time of this writing, I am eighteen years old. I'm the second of nine children. I absolutely adore my family because they love me and they are awesome. I am trying to love my Lord and Savior with all that I am, because I owe Him that. He loves me and saved me! We've always lived in Colorado, but for most of the time we've been in the suburbs. Right now we are living in the eastern portion of the state on the prairie, with which I have fallen wholeheartedly in love. It's so beautiful out here!
*********
This is a brief and abridged list of things that make me happy:
Summer winds. Jack Bauer. Poetry. Dogs. Cats. Laughing. Christmas. Blowing bubbles. Cuddling tiny babies. Large, obnoxious earrings. Cooking. Batman. Music boxes. Pretty shoes. Meat. Jack Bauer. Action movies. Brian Regan. Chocolate. Thunderstorms. Law enforcement agents. Pink flowers. Funny comic strips. Forrest Gump. P.G. Wodehouse. Josh Groban. Monk. North and South. George Winston music. Movie soundtracks. Sherlock Holmes. Lord of the Rings. Vanilla ice cream. Little girls. Pictionary with my family. Hummingbirds. Little boys. Cool sunglasses. Playing hangman. Wheezy Waiter. James Thurber. Jack Bauer. And a million and one other things that just make me love life! 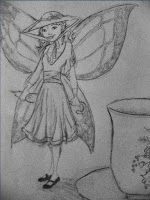 There is no love sincerer than the love of food. — George Bernard Shaw

Oregano is the spice of life. — Henry J. Tillman

What’s on your mind, if you’ll pardon the overstatement? — Fred Allen

I’ve had a perfectly wonderful evening. But this wasn’t it. — Groucho Marx

See what will happen if you don’t stop biting your fingernails? — Will Rogers, showing his niece the Venus de Milo

I was the kid next door’s imaginary friend. — Emo Phillips

Turns out if you never lie there’s always someone mad at you. — Scott Westerfeld

Laughing at our own mistakes can lengthen our own life. Laughing at someone else’s can shorten it. — Cullen Hightower

I used to think the brain was the most wonderful organ in the body. Then I realized who was telling me this. — Emo Phillips

Everybody hates me because I’m so universally liked. — Peter de Vries

“This calls for one thing… BEHEADING!”
“Ahh, you’ve slain me! And you’ve frozen my art teacher in carbonite!” — Avery and A.T. playing Bionicles

On these occasions... a man should retire into the offing, curl up in a ball, and imitate the prudent tactics of the opossum, which, when danger is in the air, pretends to be dead, frequently going to the length of hanging out crêpe and instructing its friends to stand round and say what a pity it all is. — P. G. Wodehouse, Very Good, Jeeves

Beginning with a critique of my own limbs, which she said, justly enough, were nothing to write home about, this girl went on to dissect my manners, morals, intellect, general physique, and method of eating asparagus with such acerbity that by the time she had finished the best you could say of Bertram was that, so far as was known, he had never actually committed murder or set fire to an orphan asylum. — P. G. Wodehouse, Right Ho, Jeeves

I could see that, if not actually disgruntled, he was far from being gruntled.— P. G. Wodehouse, The Code of the Woosters

Suspects? Hard to say with murder. Could be anybody. If it was pickpocketing or robbery, it would be a different story. You need an education. Not so with murder. We've all got it in us. — Our Mutual Friend

Celebrity Centres? At first I was like, "What?" but then I saw that they spelled Centers with the R before the E, so I was like, "Whta?" —Wheezy Waiter

Why I Write: Well, first off, there's pretty much nothing else I'm good at.
But second, I believe in the power of speaking up. If there's wickedness going on, who's going to speak up about it if we, the followers of Christ, don't?
Nobody.
We have a job to do, people. And that is not to sit on our hands and watch the world go by. Too often we decide that it's not our place to fix the evil we see. Too often it's labeled a "lack of faith" to wade in and do the job ourselves. But faith without works is dead! God is sovereign, of course, and He doesn't need us in order to accomplish His will. But He works through the actions of men! It seems like we've largely forgotten that faith and works are not opposing concepts. So you know what I think? I think we I think we ought to trust God first and then go out and do some work. And that's why I write. I want to remind us all (that includes me) that while it's true that there will be times when God just wants you to sit back and watch Him do His thing, passivity is not always the answer! Timidity will be the death of us. So speak up against evil! And then try to fix it. There are things to fight for. There are hills to die on. All that's left is for us to roll up our sleeves, holler our war cries, and pitch right into the thick of things! And to once in awhile be still and know that He is God.
Plus, I think life is just awesome and we should celebrate. God is good!!!! Oh, yes He is. My mind is truly incapable of plumbing the depths of His love and mercy.  How can I understand infinity? All I know is that Jesus is quite literally too beautiful and awesome for words. 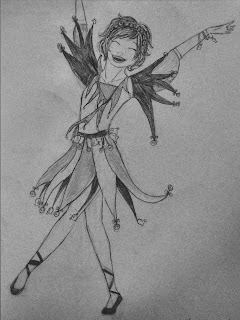 A merry heart does good, like medicine. But a broken spirit dries up the bones.
Proverbs 20:11

Please leave a comment! I like to hear what you guys have to say! Even if you don't really have anything to say, say it. Here are some suggestions in case you are really stuck:
"I love this post and I will send you a thousand dollars as soon as I learn your address."
"I hate this post and I hate you for writing it."
"I like your blog, but your obsession with Jack Bauer is mildly disturbing."